The Best Exercises to Make You Younger

Cutting a few years off your life could return you to feeling better, give you much more energy, give your skin a more youthful look, and give you a sense of opportunity. But can you really do that? While you can’t change your chronological age, we now know the best exercises to make you younger, and these exercises actually measurably lower your biological age.

To understand the answer, you have to first understand a little about aging. Let’s look at 2 physiological aging markers. 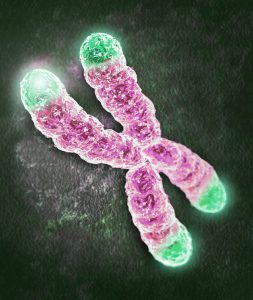 At the end of each of our chromosomes is something called a telomere that acts like the caps on your shoe laces. Telomeres are the protective caps on the end

s of chromosomes that keep your DNA intact, and are linked to aging and disease. 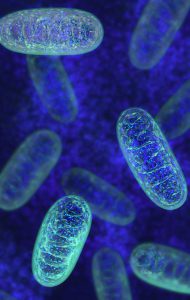 Mitochondria are often referred to as the powerhouses of the cell. They are capsule shaped organ like structures (organelles) in each of our cells break down carbohydrates and fatty acids in order to generate energy in the form of a chemical molecule adenosine triphosphate, or ATP, in a process called cellular respiration. Our cells use ATP as a source of energy. Each cell contains a different number of mitochondria, depending on how much energy the cell requires.

How Does Exercise Influence Aging?

The benefits of exercise for older adults are well understood: it keeps you healthy, aids in the prevention of a variety of diseases associated with aging, boosts your immune system, keeps you mind sharp, prevents muscle loss and maintains your muscle tone, aids in weight management, and extends your healthy, fully functional lifespan.

While that should be enough to motivate you to exercise, new research adds incentive. We now know that the benefits of exercise extend down to the cellular level. We also know the best exercises to make you younger.

We know that exercise helps balance your body’s hormones, and also makes us happy by releasing neurotransmitters such as dopamine. We also know that a hormone called irisin is released during moderate aerobic endurance activities. Irisin tells your body’s cells to burn energy and not to store it as fat.

In 2016 researchers at the University of Florida discovered that a hormone know as irisin dramatically helps your body fight fat. The results of their research, published in the American Journal of Physiology - Endocrinology And Metabolism, showed that irisin fights fat in two ways. First, irisin appears to activate genes and a protein that transform calorie-storing white fat cells into brown fat cells—which continue to burn energy after you finish exercising. Second, irisin appears to inhibit the formation of fatty tissue.

In fact, irisin literally suppresses fat-cell formation. When they tested fat tissue samples of an exercise group to a sedentary control group, they found that irisin reduced the number of mature fat cells by a staggering 20 to 60 percent.

Since bone density is an issue for older people, it’s also interesting to note that irisin levels are linked to increased bone density.

Change Your Telomeres With Exercise

In 2014 research led by Dr. James Brown at Aston University in Birmingham, England, showed that a significant link exists between Irisin levels in the blood and telomere length. The research showed that individuals with higher levels of Irisin had longer telomeres.

Dr. Brown:  “Exercise is known to have wide ranging benefits, from cardiovascular protection to weight loss. Recent research has suggested that exercise can protect people from both physical and mental decline with aging. Our latest findings now provide a potential molecular link between keeping active and a healthy aging process."

In 2017 a study published in Preventative Medicine looked into the effect of exercise on telomere length. The study evaluated data from a three-year survey of 5,823 adults from the National Health and Nutrition Examination, and broke exercise down into four categories: sedentary, low, moderate, and high activity.

The activities can include running, cycling, swimming, rowing, resistance training, or anything similarly cardiovascularly challenging, or any combination of activities. You don’t have to do the same thing every day, but to receive the benefit, you have to commit to the 5 days per week, 30-40 minutes per day.

Change Your Mitochondria With Exercise

A study published March 7, 2017 in Cell Metabolism found that exercise -- and in particular high-intensity interval training in aerobic exercises such as biking and walking -- caused cells to make more proteins for their energy-producing mitochondria and their protein-building ribosomes, effectively stopping aging at the cellular level.

The study shows that the age-related decline in the cellular health of muscles corrected with exercise, especially High Intensity Interval Training. The study’s senior author, Dr. Sreekumaran Nair, noted that the older participant’s cells showed a greater improvement from HIIT that the younger participants, suggesting, he says, that it’s never too late to benefit from exercise.

Exercise can make you look younger

Aside from the fact that exercise changes your biological age, exercise does wonders for promoting a more youthful look too. Increased circulation takes blood, oxygen and nutrients to the skin to create a glowing complexion, protect cells from degeneration, and promote collagen production. Exercise can also help you settle into a healthier lifestyle in general, which helps fight the free radicals that greatly impact aging, and remove toxins from your body. Exercise also improves your posture when you incorporate core strengthening, which gives you a more youthful look too.

A classic exercise excuse is when people say they’re too tired to exercise. Sure, if you’re worn out you might not feel like jumping into a full-on cardio session, but actually exercise stimulates your body in a way that energizes you and de-stresses too. Exercise also promotes better sleeping patterns which helps with cell repair and rejuvenation as well.

Here’s What I Do

I used to just ride bicycles for exercise. I rode a lot – for almost 20 years I rode about 200 miles per week. It was great: I could eat anything.

So I started going to the gym.

Later I found out that High Intensity Interval Training (HIIT) is one of the best ways to loose fat.

I now exercise most days, and include cardiovascular exercises like running, cycling, or rowing, resistance training at the gym, and HIIT, mostly on the rowing machine, but also running, etc.

So What Can You Do?

If you’re not presently exercising, and you care about the benefits of exercise for older adults, then it’s time to start. It’s certainly a good idea to consult your physician before you start any exercise program. Start small, and slowly add time and days.

If you’re already exercising some days, keep it up.

Regardless of whether you’re already exercising or just getting started, your goal is to work up to exercising vigorously at least 5 days per week, 30 minutes for women and 40 minutes for men.

To lower your biological age, and experience the same results experienced by the participants of the Mayo Clinic study, incorporate HIIT 3 days per week. Work up to it.

The bottom line is that there’s clearly a link between exercise, telomere length, and mitochondrial health. It’s easy to start exercising, and it’s an inexpensive strategy to prevent disease and extend your life health-span.

There’s no better time to start than now.

We noticed you're visiting from Australia. We've updated our prices to Australian dollar for your shopping convenience. Use United States (US) dollar instead. Dismiss