The Longevity Benefits of Whey Protein 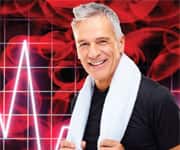 Many people think of whey protein as a supplement only used by athletes wanting to increase their muscle mass. But evolving research suggests the branched-chain amino acids (BCAAs) leucine, isoleucine, and valine and other fractions found in whey can mimic the longevity benefits of calorie restriction (CR)!

This “superfood” provides all 18 amino acids, naturally occurring bioactive components such as immunoglobulins and lactoferrin, and a cysteine concentration over 4-fold higher than other proteins—all in a highly absorbable form. And whey is one of the greatest foods for maximizing glutathione, the endogenous antioxidant that quenches oxidative stress to inhibit diseases of aging.

In addition to expanding life span, whey has been found to reduce muscle wasting in the elderly, reduce the risk of diabetes, inhibit cancer development, and defend against cognitive decline.

Given all these benefits, whey has now been substantiated by significant science as a powerful super food in the quest for healthy longevity. 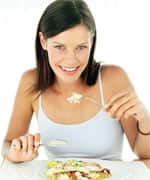 It is surprising to learn that about 45% of older individuals in the general population—and 84% to 100% in residential care facilities—are not adequately nourished. This results from reduced appetite and food intake, impaired nutrient absorption, and age-related medical and social changes.

A second unfortunate factor is that, although calorie restriction (CR) has been shown to have beneficial, health-and-longevity effects, long-term adherence requires a major commitment of will power—and its potential risks for the elderly have yet to be determined.

These two factors together—reduced protein intake among the aging, and the unlikelihood that people will follow a CR regime—bring us to whey’s CR-mimetic effects. Providing the benefits of CR without a reduction in food intake has now become a hot area of investigation within gerontology.

Similarly, it was found that the most striking distinction common only to long-lived mutant varieties of Caenorhabditis elegans worms was their increased up-regulation of these same branched chain amino acids.1

Then in a breakthrough study, scientists supplemented the diet of mice with a branched chain amino acids-enriched mixture of amino acids, similar to the composition of whey. The test mice received the mixture daily beginning at nine months of age, which is middle-aged for mice. There was no significant change in maximum life span for any of the mice in the study. However, the median life span was 774 days for the untreated controls, and 869 days for the whey supplemented mice—an increase of more than 12% after starting the protocol only in middle age!

In human terms, based on today’s life expectancy of 78.7 years, this median increase—even beginning supplementation only at midlife—translates to an additional 9.4 years of life!

With no other intervention, the whey-protein mice improved both their glucose tolerance and insulin sensitivity. They also maintained lower weight and greater percentage of lean body mass, compared to control mice consuming the same daily calories but without the added whey. The team concluded that whey protein boosted metabolic rate in the test group and may be beneficial in preventing the development of type II diabetes.

Another team found that whey remarkably decreases blood sugar without increasing insulin secretion. For non-diabetic individuals, taking protein along with oral glucose would normally decrease the usual rise in blood sugar. Researchers wondered whether whey protein could still lower blood glucose in humans diagnosed with insulin-resistant prediabetes—or whether, instead, their insulin resistance would blunt the hypoglycemic effect.

They divided the human subjects into three groups according to level of insulin resistance. For eleven mornings, they gave 0,5, or 30 grams of protein (from whey protein concentrate) and canola oil to all participants along with doses of 50 grams of oral glucose.

WHAT YOU NEED TO KNOW

In 2013, scientists reviewed many previous studies and concluded that the evidence supports the use of whey as a therapeutic treatment for obesity. Specifically, the study team concluded that:

In a host of studies—all with similar conclusions—scientists have investigated pathways through which the proteins, peptides, and minerals in whey boost satiety, influence glucose homeostasis, and optimize lean body mass.